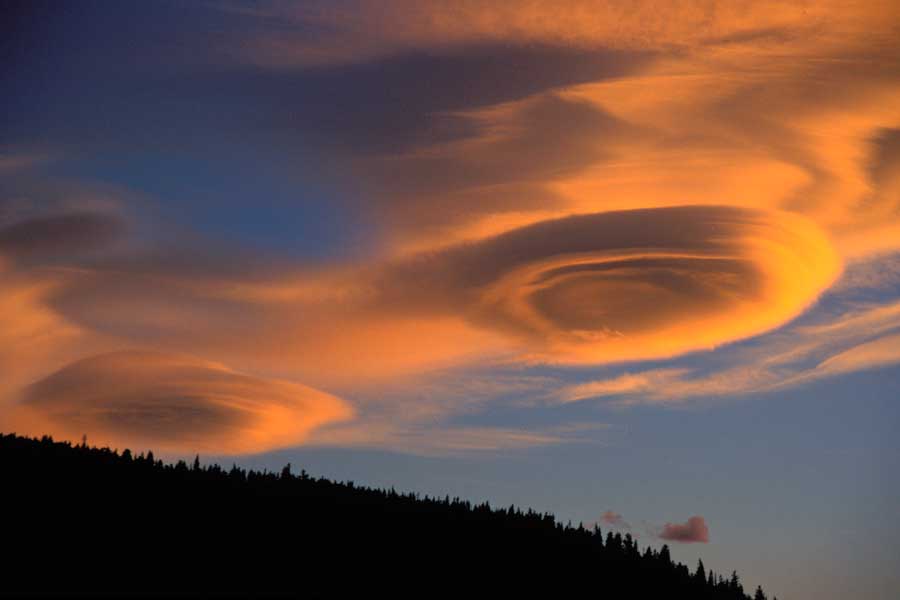 Cloud watching in Boulder County can be summed up in one word: spectacular. Even the U.S. Postal Service agrees; it featured two of our more unique clouds on a 2003 sheet of postage stamps called “Cloudscapes.”

One was a photo of cirrocumulus undulatus, taken in Coal Creek Canyon by weather observer Richard Keen. It shows dainty patches of small, puffy, ripply clouds arranged in patterns.

Carlye Calvin’s gorgeous photograph of lenticular clouds at sunset was shot at the top of Boulder Canyon, near Nederland’s Barker Dam, as the clouds turned a deep, fiery orange. The “Cloudscapes” sheet lacked a lenticular cloud, so the Postal Service contacted Calvin, a storm chaser and NCAR photographer who was known as a cloud expert. She wasn’t supposed to tell anyone until it was published. For three long years she kept her secret from everyone except her husband and her father, who died before he could see the published stamp.

Read the rest of the story in Boulder Magazine.

To me, the greatest pleasure of writing is not what it’s about, but the inner music the words make.