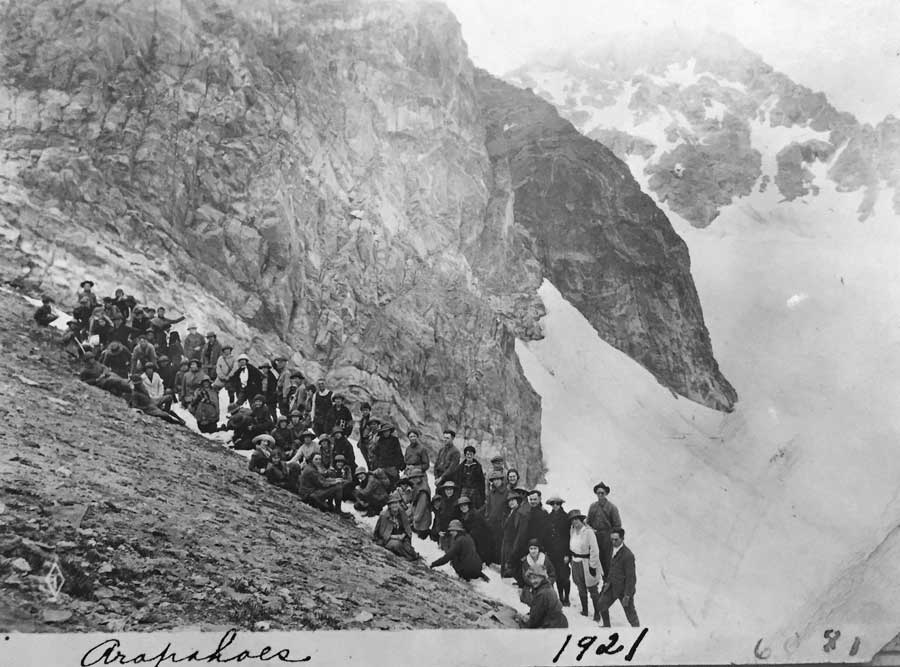 We have maps and apps to guide us. Do we still need a club?

Imagine living and working in the pioneer town of Boulder in the late 1800s or early 1900s. The wild mountains beckoned to the west, but not many people had a wagon or a car, and only a daring few ventured onto the rugged dirt roads. And once those roads petered out, there were no trails. You needed to find a guide, someone you could trust.

In 1913 the club had 200 new members. Annual dues were $1; life dues were $10. The club met in a room at Chautauqua, and conducted walks and weekend excursions during July and August. A 10-day outing in 1918 took members to Wild Basin and Longs Peak. In the early ’20s, the club was so popular that one year 2,300 people went on RMCC climbs and the club served 4,500 meals (a “hamburger steak fry” cost 25 cents).